In a world where truth hides between kindness and darkness, there is no other way to reveal it than disguise in kindness in the midst of darkness. This is what Horacia Somarostro (Charo Santos-Concio) did when she found out the truth after thirty years of suffering inside the correctional because of a crime she did not commit in the first place.

A schoolteacher prior to her imprisonment, Horacia spends the first days of her restored freedom by planning to kill Rodrigo Trinidad (Michael de Mesa), a powerful man in a remote island town who used to be her ex-lover. Rodrigo was the mastermind behind her incarceration, according to a written confession by Horacia’s closest fellow inside the prison Petra (Sharmaine Centenera-Buencamino) before she killed herself. Petra was the real person who did the crime that they blamed to Horacia and it was done through Rodrigo’s orders. She wants to seek retribution by ending Rodrigo’s life in her own hands before finding for her lost son Junior who was last seen in the streets of Manila. There she becomes Renata, an owner of a small eatery by day and a gallant hoodlum who wanders in the streets by night. She makes friends with Mameng (Jean Judith Javier), a mentally-challenged street dweller and Kuba (Nonie Buencamino), a hunchbacked street vendor to gather pieces of details about Rodrigo’s whereabouts.

During her surveillance, she also met with Hollanda (John Lloyd Cruz), an epileptic transgender drag queen who roves around the town for hasty sexual encounters. Like Horacia’s tattoos inside her clothes, Hollanda has his own mysterious persona behind the fancy dress, three-inch-heeled shoes, fake boobs and make-up. Their coincidental connection leads them to an event where they finally get their desired outcome. As a gesture of his gratitude for Horacia’s fading kindness, Hollanda gunned down Rodrigo which makes him confine in permanent gloom inside the prison. On the other hand, Horacia, after embracing undeserved darkness for a long time attained unexpected light in Hollanda’s murder of Rodrigo. However, she has to enter into another chapter of darkness as she moves to Manila and throw her luck to track her beloved son.

Ang Babaeng Humayo (The Woman Who Left) was Lav Diaz’s one of the shortest yet most elaborate magnum opus to date. His way of writing Horacia’s journey can be compared to a heartbreaking literature: a compilation of real-life stories of a nation immortalized by fictional tales and deep poems.  Despite breaking his traditional slower-phased scenes that made his past films longer than traditional movies, he did not fail to pass on the same magic of realism and cinematic chiaroscuro in this almost 4-hour masterpiece. Some may criticize about Diaz’s continuity style but its unpredictable transfer from sequence to another makes the viewers adjust to the sudden change of emotions or mood of the story. He was able to sensibly integrate totally different eras, situations and perspectives when he applied Leo Tolstoy’s 1872 short story “God Sees The Truth But Waits” in a 1997 setting when the world was overwhelmed by events such as the historic Hong Kong turnover to China, the death of Princess Diana and Mother Teresa and the kidnapping crisis in the Philippines. With his flawless embroidery of Horacia’s journey, it seemed that the film becomes a more modern version of Diaz’s other critically-acclaimed film “Hele Sa Hiwagang Hapis” (A Lullaby To The Sorrowful Mystery) where history attempts to enlighten today’s society through realizations that people unintended or purposely ignore. 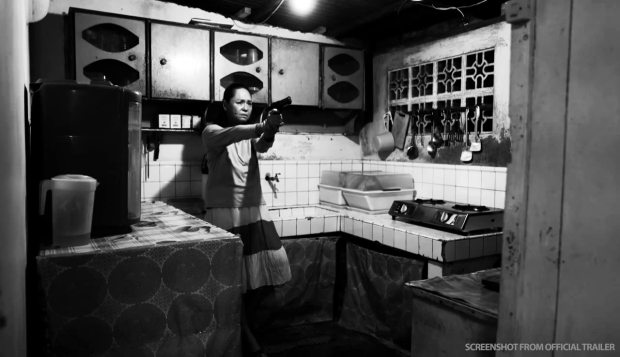 The public already expected to see a different Santos-Concio here but she still surprised the world in her more powerful performance as Horacia. She perfectly showed the main character’s enigmatic personas as she shifts from a caring storyteller, a compassionate old woman to a night-time heroine, and vice versa. Her encounters with all the characters were significantly remarkable as it all helped the story progressed slowly but crystal clear. Truly, like how Cruz described her in an interview, there was no trace of the “Ma’am Charo, the media giant executive” that Filipinos of this generation used to see on TV. Through Diaz’s directorial guidance and prowess, Ang Babaeng Humayo successfully awakened Santos-Concio’s “sleeping dragon” inside her that once made her Asia’s best actress in 1977.

Meanwhile, Cruz did not disappoint everyone in his portrayal as a she-male – a first in his nearly two-decade acting portfolio. Like Santos-Concio, he exceeded cineastes’ expectations his stunning performance in Hele which won the Silver Bear Alfred Bauer Prize at the Berlin International Film Festival last February. Supporting casts led by Javier, Buencamino, de Mesa effectively represented Filipinos of different social classes which never changed from 1997 up to this day. They personified the common beliefs and doubts in God’s existence, how faith shapes a country’s collective psyche and how people live in a society that is controlled by money and false hope. 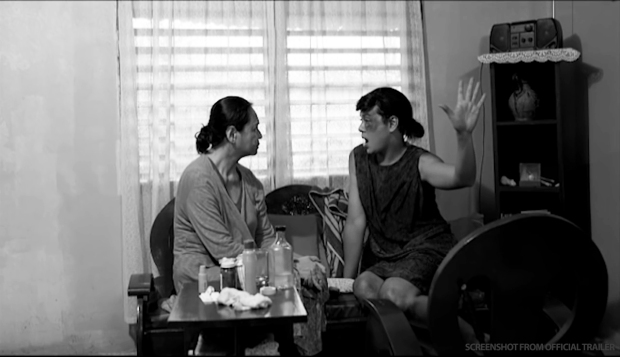 While few media observers have seen Diaz’s collaboration with mainstream producers (Cinema One Originals, a film production outfit under a cable channel of ABS-CBN where Santos-Concio continues to serve as one of the top honchos) as threat to the very purpose of creating a platform for the real independent Filipino cinema, Ang Babaeng Humayo’s road to victory can actually be a great example of how liberal and traditional moviemakers should meet halfway to produce and/or promote a deserving work of art. Today, this successfully-crafted merger between the unconventional filmmaker and the powerful producer gave the Philippines its first Golden Lion trophy in the world’s oldest film festival, the Venice Film Festival. It is just a matter of harmonious negotiation and balanced interests, and surely, it will benefit not just the film but also the entire Philippine film industry that is trapped in a state where getting efficient government support in terms of funding and incentives remains a struggle. 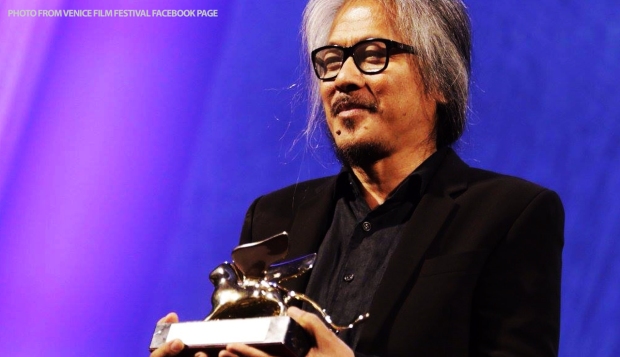